On Your Feet – Gala night in London

Interviews with Gloria Estefan and George Ioannides as first played out on Maritime Radio London 96.5 FM 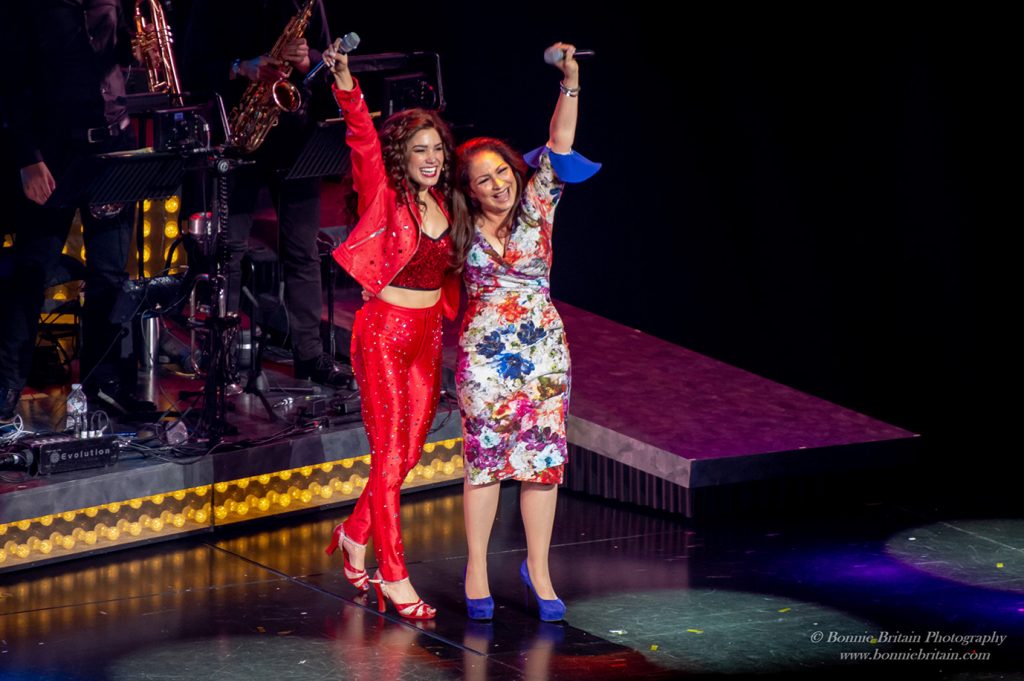 Gloria & Emilio Estefan’s hit musical has arrived at the London Coliseum and will play until August the 31st.

Last week Gloria and Emilio hosted a gala night and it was everything I wanted it to be and more.

The red carpet before the show had a bevy of glam guests including Westend Stars; Joanna Paige (from Gavin and Stacy), Beverly Knight, Kelly Holmes and so many more. All the invited guests were fans of Gloria’s Music and were really excited to see the show.

Gloria & Emilio were also kind enough to greet fans and chat to all the press on the red carpet and Gloria showed off some dance moves while Emilio had a go on percussion. The party had started!

The London Coliseum was packed out and every seat was gifted with a special gala night brochure #onyourseat.

As the lights went down the party kicked in right away with the unmistakable Latin rhythms. The live band were on stage for all to see and the lighting design had managed to create that party/concert feel right from the off.

‘On Your Feet’ has a fast moving plot focusing on the real life story of Gloria & Emilio, their journey together with ‘The Miami Sound Machine’ and their not always easy rise to glory. The story really highlights their love and strength through struggles, personal and professional, which leaves you feeling uplifted and with more love & respect for the Estefan family than ever before.

The cast and band brought all the hits and more to the audience with such flair I felt like I wanted to get up and dance with them. The dancing and choreography is outstanding and with the lights and costumes they have really created a visual masterpiece.

At the curtain call the Estefan family came to the stage to join the cast and musicians. Gloria introduced her real family to the character family which was quite amusing and gave her daughter the spot light as she announced that she had penned one of the songs in On Your Feet. Then as the band played out, Gloria’s grandson showed off his dance moves and stole the show. Looks like the Estefan family have generations of talent following in Gloria and Emilio footsteps. 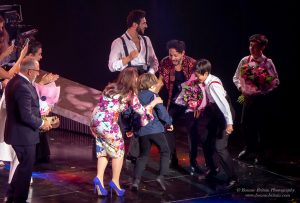 If you want to experience a heart warming story that feels like you are invited to the best party in town get your tickets now to On Your Feet.
I was also lucky enough to interview Gloria and cast member George Ioannides- will uploads link when live.
For more information on On Your Feet and Tickets go to https://www.onyourfeetmusical.co.uk/