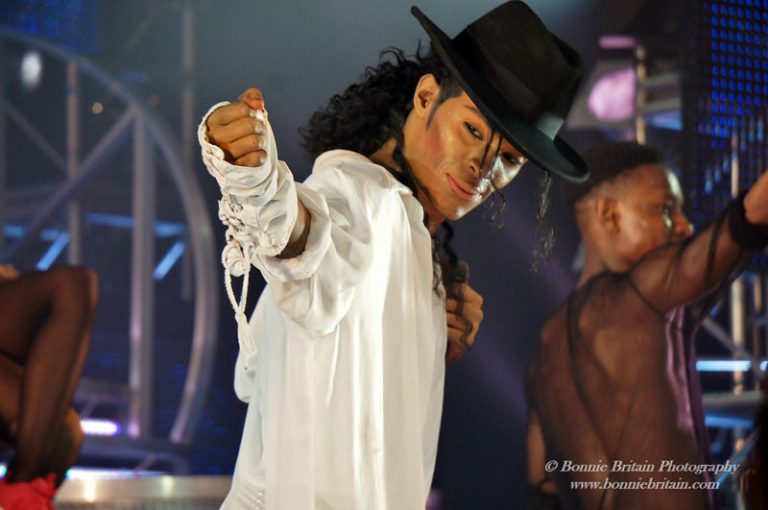 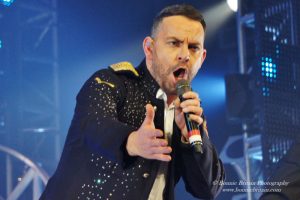 The special show saw 170 previous West End and tour cast members including original 2009 cast members ‘Ben Forster’ and original young ‘MJ Layton Williams’ invited back on stage to perform ‘Man in the Mirror’ and ‘Black Or White’ along side the current cast.

I could see, hear and feel all the love from everyone who has been part of this show from the second I walked in to the theatre. The audience were buzzing and dancing in the aisles. If you have not seen ‘Thriller Live’, it is like watching live music videos of hit after hit from the King of Pop. Performed by such a talented cast and live band. This show really is such a celebration of Micheal Jackson and his work. 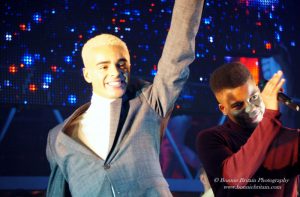 At the end of Tuesdays’s ‘Thriller Live’ there were some lovely speeches from the creative team.

In the speeches ‘Adrian Grant’ ( creator and exec’ director) treated us all to a couple of his personal stories of his time with Michael, which were lovely to hear and proof that the show was born out of nothing but Love for ‘Michael Jackson’. ‘Gary Lloyd’ (Director and Choreographer), ‘Paul Walden’ and ‘Derek Nicol’ (the Producers) also gave thanks and paid tribute to all who had been part of ‘Thriller Live’ and there were some high emotions on the stage for those speeches. (I am sure you can find the video online of the speeches).

The party vibe continued right in to the evening at the after party at such a cool venue, Studio 88. The dance floor was full all night, the drinks were flowing and there was even birthday cake.
And for any doubters that the cast or crew must get fed up of MJ when they are doing eight shows a week, I think this party proved they will never tire of the music of MJ, as cast members requested and danced to MJ tracks well in to the early hours of the Wednesday morning.
This 5 Star Show had a 5 Star night and even a member of 5 Star at the After Party. I spotted ‘Denise Pearson’ who was in the original London cast of ‘Thriller Live’ having the best time.
I had a fantastic evening. I hope you all enjoy the photos and manage to get down to the Lyric Theatre or catch ‘Thriller Live’ on tour soon, so you too can celebrate the work of ‘Michael Jackson’.

For more information on Thriller Live and to book tickets go to https://thrillerlive.com/west-end/