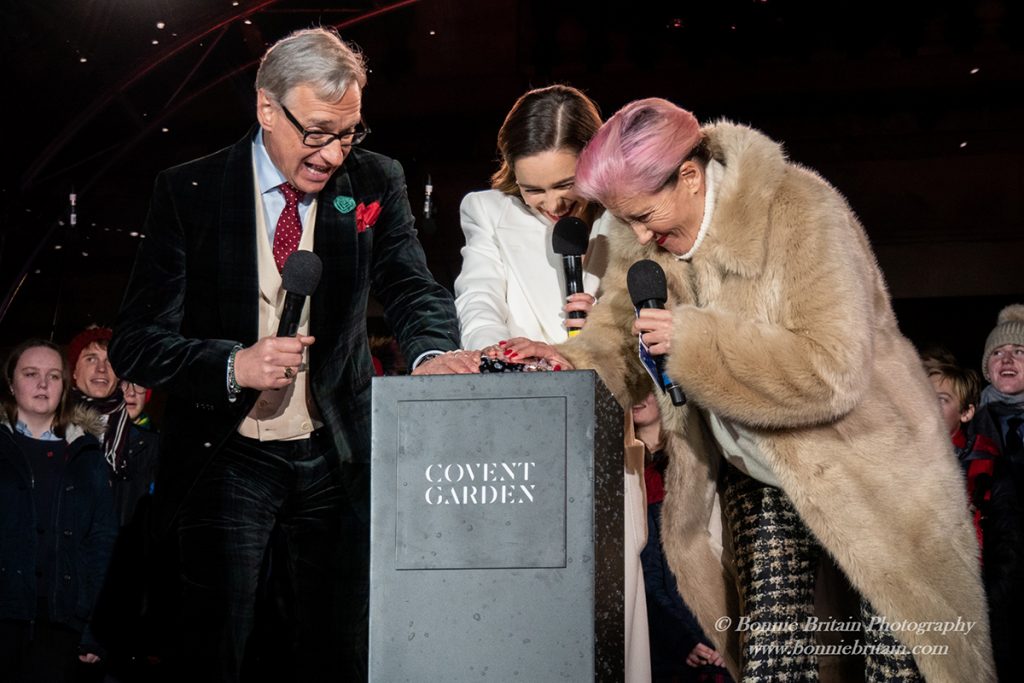 On the 12th of November Covent Garden hosted its annual Christmas Lights switch on. This year it was presented by Magic Radio presenters Harriet Scott and Ronan Keating. The crowds were treated to  perfromances by West End cast of The Snowman, The Children’s choir from film Last Christmas.  Actress Emilia Clarke, Dame Emma Thompson and Director Paul Feig joined the presenters on stage to lead a sing a long of  ‘Last Christmas’ and push the button to turn on the lights. This year’s festivities were in support of Crisis, the UK national charity for homeless people.

See below for a selection of my photos.