PHOTO FLASH! GALS ALOUD – FROM REHEARSALS & LIVE AT THE DRIVE IN ! 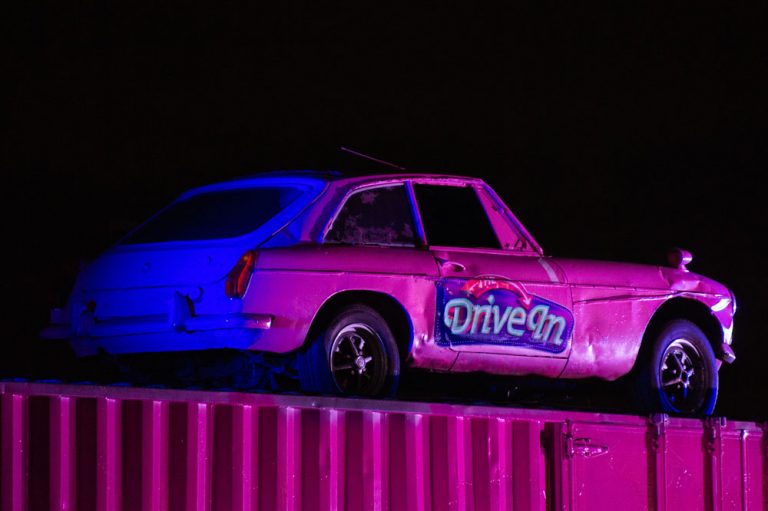 On the 22nd of August 2020 ‘Gals Aloud’ performed the first drive in drag extravaganza at the Troubadoue Meridian Water. ( photos below)
On the 14th of August I also went to take some photos of the ‘gals’ in rehearsals.
GALS ALOUD are Cheryl Hole as ‘Cheryl’, HERR The Queen as ‘Nadine’, Kitty Scott Claus as ‘Kimberley’, Ophelia Love as ‘Nicola’, Lydia L’Scabies as ‘Sarah’ and Tayce as ‘Javine’. Yes in this concert they are joined by Javine – who so nearly made the band.
I had the best time watching these gals so it is no surprise that Nadine Coyle herself gives her support to the band, and with Cheryl Hole’s recent appearance alongside Cheryl Cole on RuPaul’s Drag Race UK, Gals Aloud are certified fierce by the Girls themselves. If you get a chance to see them on tour do go It is the most fun night out.
below are some photos from rehearsals and the full concert on the 22nd of August Enjoy!

Gals Aloud – Live at the Drive In was presented by TuckShop – the UK’s only specialist production company devoted to all things drag, and the team behind sell-out hit Cinderella, the UK’s first ever all drag pantomime in the West End .

Tuckshop presented a historic first: GALS ALOUD – LIVE AT THE DRIVE IN  SATURDAY 22 AUGUST: the first ever UK Drive in Drag show, live at The Drive In at Troubadour Meridian Water in North London. This was a full-length show, live on stage alongside a giant screen, with sound transmitted directly into audience members’ car radios.

Get in touch for more information, or to use images