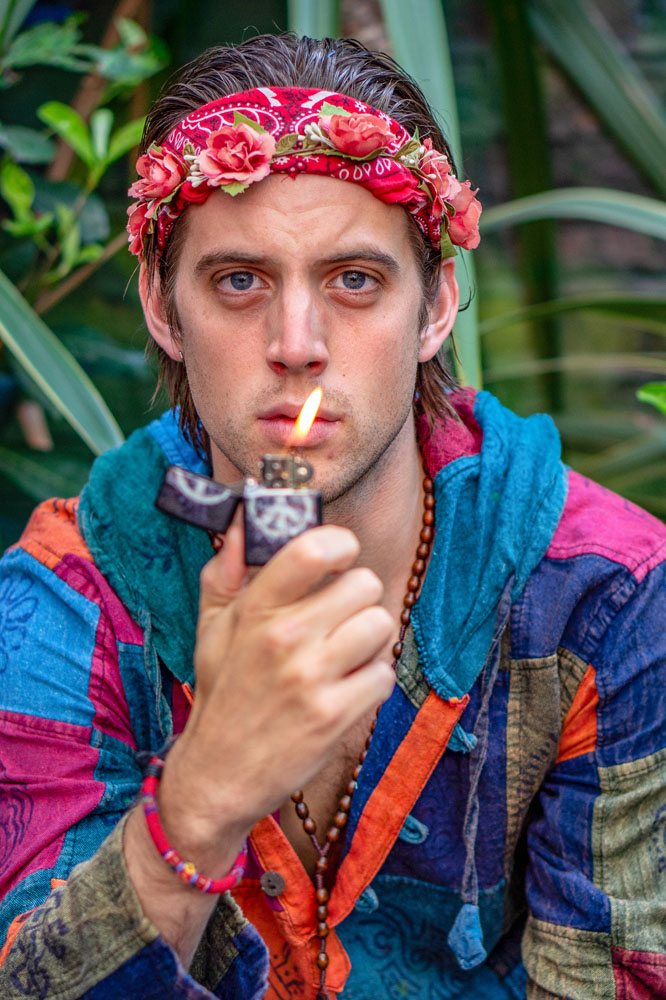 The Garden Theatre at The Eagle presents an exciting new production of ‘Pippin’ the Broadway musical about a prince learning the true meaning of glory, love and war… ‘Pippin’ is an iconic and unforgettable musical masterpiece. It features an infectiously unforgettable score, including ‘Magic to Do’ and ’Corner of the Sky’, from four-time Grammy winner, three-time Oscar winner and musical theatre giant Stephen Schwartz (‘Wicked’, ‘Godspell’), who has given his blessing to perform the show for the first time ever with an ensemble cast of six.

Cast:
Ryan Anderson (Pippin) was recently A-Rab in ‘West Side Story’ (Curve Theatre) and Roger in the UK tour of ‘Grease’. In the West End he played Blake in ‘Bat Out Of Hell’.
Tsemaye Bob-Egbe (Leading Player) comes direct from starring as the alternate Tina in ’Tina: The Tina Turner Story’ in the West End. Her other West End roles include Janelle Woods in ‘Beautiful: The Carole King Musical’.
Tanisha-Mae Brown (Catherine) is a 2020 graduate of ArtsEd making her professional debut.
Joanne Clifton (Fastrada/Bertha) is the 2016 Winner of ‘Strictly Come Dancing’ and World Professional Ballroom Champion. Her recent stage starring roles include Janet in the 45th anniversary production of ‘The Rocky Horror Show’,  Alex Owens in ‘Flashdance’ and Millie Dillmount in ’Thoroughly Modern Millie’.
Harry Francis (Lewis/Theo) was Mr Mistoffelees in the most recent ‘Cats’ international tour and he conceived and edited the ‘Cats in Quarantine’ Lockdown film featuring 333 cast members from productions of ‘Cats’ around the world. He was Elder Thomas in ‘The Book of Mormon’ in the West End and Tom Thumb in ‘Barnum’ at the Menier Chocolate Factory.

Dan Krikler (Charles) made his West End debut in ‘Loserville’ and later starred in ‘Mamma Mia!’ and ‘Jersey Boys’. He was recently seen in both ‘Present Laughter’ and ‘4000 Miles’, directed by Matthew Warchus at The Old Vic.
‘Pippin’ has a first class creative team led by director Steven Dexter, with choreographer Nick Winston, musical director Michael Bradley, designer David Shields,  lighting designer Richard Lambert and casting by Anne Vosser.
It is produced by Peter Bull for LAMBCO Productions.

All Photos are © Bonnie Britain Photograhy 2020 – All rights reserved

Music and Lyrics by Stephen Schwartz Book by Roger O. Hirson
Directed by Steven Dexter
The Garden Theatre
at The Eagle 349 Kennington Lane London SE11 5QY.
Tuesday 8 September – Sunday 11 October
Doors will open 30mins before the performance.
Tickets: £20.00 + booking fee.
Bookings/website:
www.gardentheatre.co.uk The performance is 90mins (approx)
with a 5 minute pause
The Garden Theatre at The Eagle follows Government guidelines in its operations
Social Distancing is in place with seat allocations by the theatre staff The venue is outdoors.
Temperature will be checked on arrival and contact details taken for Test and Trace
All audience members must wear face masks or coverings during the performance