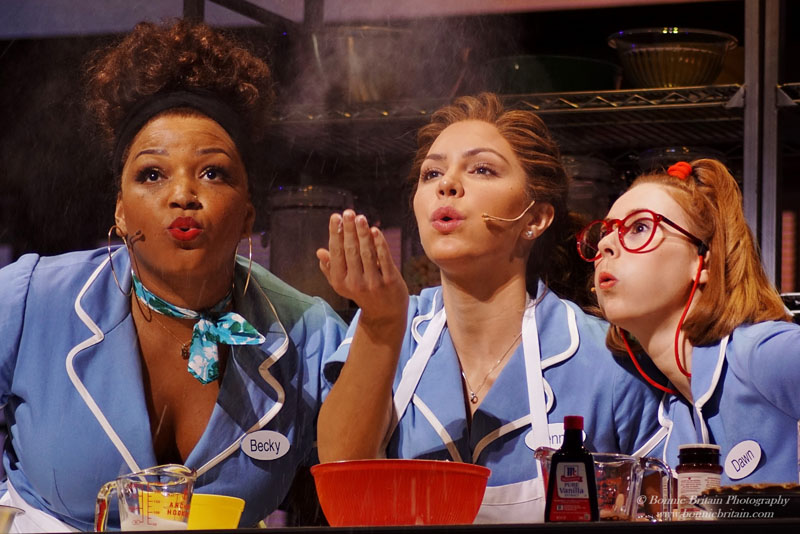 As first published on londontheatre1.com

The time has come, Waitress, the Broadway Musical has arrived in London. After attending a launch a few months back with composer Sara Bareilles, It was lovely to see her back in London to help get the show off the ground – especially as she has just finished another stint playing the lead character Jenna on the Broadway production of Waitress only days ago.

We were hosted by Director Diane Paulus, who gave us an introduction to each number and set the scene for us. It was lovely to have Diane there as she wasn’t able to attend the London launch in person and it was her words that had stuck with me about Waitress being the first all-female creative team but really they had ‘just hired the best people for the jobs.’ So It was really lovely for her and Sara to come out and talk to us all about the show. 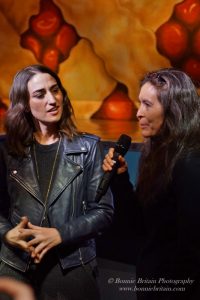 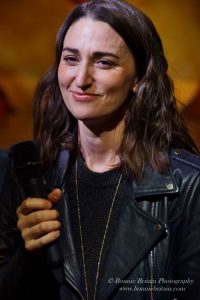 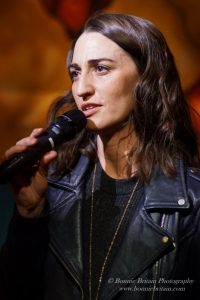 After the performances, I had a little one on one time to chat to cast members David Hunter, Laura Baldwin and Shaun Prendergast who are all full of excitement for the audience to come in and see the show. One thing that jumped out while talking to these cast members is how much they all love and value the score and Sara Bareilles’ work. David Hunter said that the score is the “real star of the show- as it is so sensational” while Shaun described Sara’s music as “utterly brilliant, enchanting, magical and captivating“.

The cast are all loving their time so far and really hope that the UK audience take to it as the Broadway audiences have.

Laura Baldwin who plays Dawn describes her character as “adorable and funny” and says she really loves her and enjoys playing her more vulnerable side too. Dawn has a big number in the production about being terrified to go on a first date, so I asked Laura If she had any real-life funny experiences with first dates, after a bit of joking around and admitting she was so lucky as she had always had really lovely first dates, Laura let it slip that she had actually just been on a really lovely first date recently. In the show, Jenna and Becky tell Dawn to go get her self a 5 min condom as the date she is on is only for 5 mins, (it will make sense when we see the production) so fellow cast mates Sarah (who covers Jenna) and Marisha (Becky) decided to help Laura along with her first date by presenting her with a condom with the words 5 minute condom written across it just before she went out on her date. Laura said that will now be her funny first date story and she will carry it everywhere with her as she found it so funny. 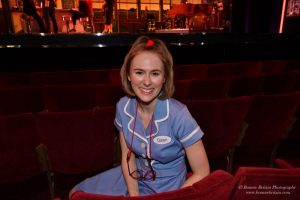 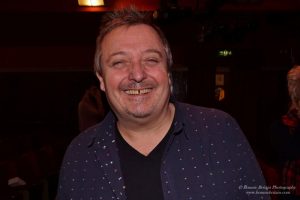 One of Dr. Pomatter’s (David Hunter) big numbers in the production that we watched him perform is ‘Bad Idea’ so after David telling me he is loving playing a quirkier character in Waitress, I asked him If he had had any “bad ideas” in real life and what were they. Well, the answer was a very disappointing one about him needing his car to drive 4 hours even though he knew it was dodgy –  which resulted in it breaking down etc.  So there you have it, David Hunter really is as clean cut as we expected. When laughing about this David piped up he wanted to change his answer to, “Yes I have made some terrible decisions but you will never know about them as they do not fit my image“. I honestly think his first response to me that he just makes good choices in life is more on point!

I cannot wait to see the full production of Waitress as it looks and sounds like it has a lot of heart and yes I have fallen in love with a couple of the tracks already. 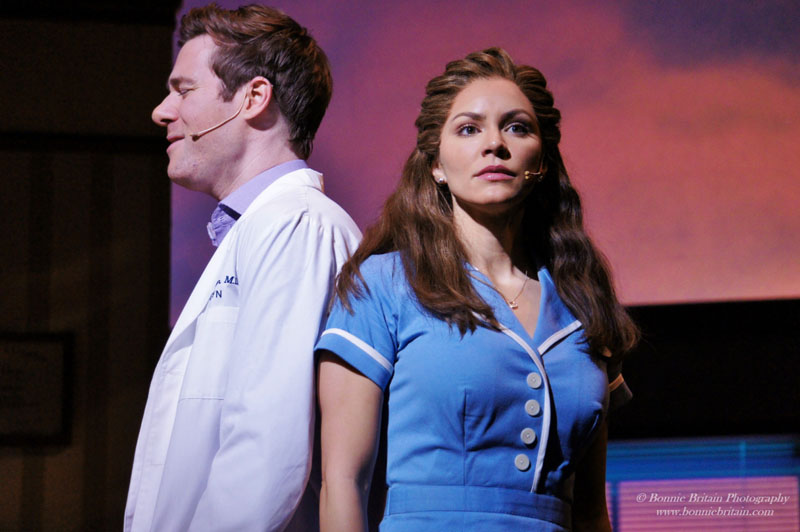